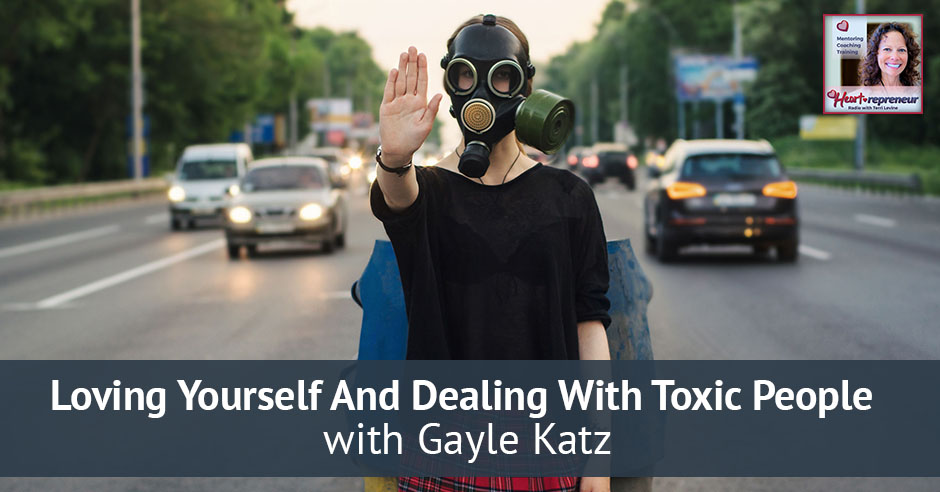 Oftentimes, we encounter a lot of toxic people that make us feel less about ourselves. As a result, we fall into the traps of self-depreciation. We end up manifesting negatives on ourselves as much as other people already do. Recovering self-depreciator and writer Gayle Katz tells us that we’re not as fat, ugly, and stupid as we think. She believes self-love is never shameful. She lays down the ways to eliminate the toxic people from your life and shares advice full of kindness and compassion.

Loving Yourself And Dealing With Toxic People with Gayle Katz

I’m excited about this episode. I came across Gayle Katz and thought she’s got to be here at Heartrepreneur Radio. Gayle Katz writes to help others discover they’re not as fat, ugly, and stupid as they may think they are. Let me tell you why that resonates. I grew up with that story in my head. She is the recovering self-depreciator who works hard every day to not let her past dealings with toxic people interfere with your happy present life. If difficult people have put you through the ringer, chances are Gayle’s been where you are now. You’re not alone.

Gayle started blogging not too long ago. She’s the author of two books designed to help you deal with toxic people both at home and at work. Both books and the blog draw from her experiences over the past 30 years. She’s not a psychiatrist, she’s not trained in psychology, but what she has done is develop real-life strategies and hacks to push those toxic people in her life aside, so she can live a great life and she shares that, so you can live a great life too. Gayle, welcome to Heartrepreneur Radio. I’m glad to have you.

It’s great to be here, Terri. Thanks for having me.

I’m so excited to have you and I’m being transparent with my audience like I always am. I did grow up being told I was fat, ugly, and stupid, even though I was underweight, so I came to believe I was fat and I got fat, which is interesting. I love when you say recovering self-depreciator. That is me, and I’ve had toxic people in my life and worked hard to get them out. Talk to us about what do we do? How do we even notice if we have toxic people and how do we push them out?

There are so many different ways that somebody can be toxic that it’s much simpler to look at your reaction to them. If you’re feeling sad or angry or upset or hating yourself after talking to someone, chances are the person you’re talking to may be toxic to you. They’re inherently making you feel bad and that’s not a good thing. You want to live a great life, you want to be happy. If you have people in your life who were making you feel those not good feelings, that’s not good. As for getting them out of your life, that’s an interesting one. It took me 30 years to figure that out. I grew up in the same environment. I was overweight and my father always let me know that. You’re not the only one and I’m not the only one. I finally realized that.

The first thing you need to do, if you’re in the middle of a situation, you need to diffuse the situation. You need to take out the tension. If you’re in the middle of talking with somebody who’s making you feel bad, stop doing what you were doing and try something new. I have little tricks that I developed such as when you’re in a conversation with someone and they’re maybe trying to push their agenda or they’re saying something nasty, just say, “You’re right,” whether you agree with them or not. How can you argue with somebody who’s telling you that you’re right? Some people might have trouble with that, so in those situations, you can say things like, “I understand,” or “Can you explain that?” The beauty of those phrases is that it shows that you’re listening. These people that are making you feel bad, they want people to listen to them and they might even be flattered that you’re listening to them and taking their suggestion seriously. Those little words can change the whole dynamic of a conversation.

I’m like shaking my head up, nodding my head thinking I got rid of this toxic person in my life and it took me years. It was very difficult. I knew they were toxic. I couldn’t get rid of them. I didn’t have you, I wish I did. I just stopped arguing. I was like, “Whatever he says, I’m not going to go there. I’m not going to get into it anymore.” It made him almost give up. He didn’t want to deal with me anymore. He told me one time, “You’re impossible.” I’m like, “I’m impossible because I’m not arguing because I think a toxic person likes to argue.” I wish I had you because I would have taken all the power away with it, but you’re right. This is what I love about you. You’re giving simple and easy strategies and you’re not coming from a psychology background. I am a clinical psychologist and I’ll rather have someone who’s living a happy life and is been through the stuff. Who do you specialize in, you like to work with, and why?

Typically, I like to work with women. Women have a way of internalizing this type of bad, toxic behavior and they don’t understand that it’s not their fault. The toxic people driving you crazy have issues themselves, whether they’ve had a fight with their significant other, they’re getting older, their career didn’t work out the way they thought it would be. Whatever the reason is, it’s not you, it’s not them. It probably has nothing to do with you and that’s the key a lot of people miss. They internalize it. I’m not saying not to embrace it. You need to embrace how you feel. If you feel sad or angry, you need to express that because it’s a feeling. You don’t want to bury it inside you. You want to express it in embrace how you feel, but you need to not hold onto it and it’s okay to feel angry.

If you’re in a situation where somebody makes you feel angry, those things are okay. Just don’t hold onto it. Typically, women have more of an issue with that. I’ve noticed a lot of men let it roll off their back, but in some cases, they’re still affected as well. I talked to people from all walks of life and I feel like toxicity is a sickness that penetrates everything. People forget that it’s not about them and then they internalize it and they forget who they are. What I try and tell people is you need to take those words to express how you feel and then let it go, put yourself first. Do something that’s constructive that makes you happy. Don’t do things like what I used to do, eat too much and make myself sick. Don’t go drinking. Don’t try and hurt yourself. Do something that’ll make your situation better, something you enjoy.

If you don’t know what that is, try new things. I like learning, so I started learning Spanish. It could be as easy as jumping in the shower and letting the water hit you and experiencing it and keep trying new things until you figure out what makes you happy. Is it exercising? Is it planning a weekend getaway or getting lost in a movie? Keep trying new things and then once you take the emotion out of everything and you’re back to center, you can figure out what to do next. For example, do you want to keep the relationship going? Do you want to save the relationship? If that’s the case, you probably need to speak up and say something because in some cases these toxic people don’t even know that they’re toxic. If you’re not getting anything out of the relationship, you can always cut the relationship off. There’s no shame in cutting off a relationship with someone if they constantly make you feel miserable.

You are not as fat, ugly, and stupid as you may think you are. Click To Tweet

I know for myself, growing up with fat, ugly, stupid, it was difficult for me. It took years to get that out of my head. In fact, the stupid part didn’t even get out of my head until about maybe fifteen years ago where somebody said something, and they use the word stupid and I became like a raving maniac. My husband’s like, “What is that?” I’m like, “I was told I was stupid my whole life.” He said, “Terri, you’re not stupid. You have a PhD.” I’m like, “I’m stupid.” He’s like, “Stop it.” I thought he’s right.

You brought up another great point, Gayle. Usually, the people who are toxic are not doing that. They didn’t come to planet going, “I’m going to be toxic. I’m going to go destroy people.” There’s something going on with them and you’re thinking the person that broke off this toxic relationship with, he’s had his own stuff. He did grow up being told he was all kinds of things, fat, ugly, stupid amongst other things, and also not succeeding in his work. There are a lot of things. I’ve moved on and I think that part of what you put out there is finding your way.

Also, if you decide to be in a relationship, do it without the person dripping their toxicity on you. I could talk to you for like another hour and a half. I may have to bring you back because there’s a lot more I want to dig into. How can people get in touch with you? I do suggest if you have any toxic people in your life, business or work or toxic stories, you make a point to get in touch with Gayle. How can they connect in with you?

You can visit my website. It’s called GroundedGirlsGuide.com. There you can hit up my blog, you can grab a freebie that will help you frame your toxic person and how to deal with them. It’s like a toxic person survival guide. Also, you can check out my books at BooksByGayle.com. 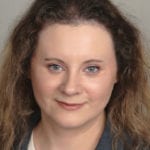 Gayle Katz is a writer who, by her own admission, hasn’t had it easy. Her determination to succeed, however, has taken her to where she is today and it is this determination that drives her to help others.

Having always had a love of writing, and having had some tough life situations to deal with, which she thought others might benefit from, Gayle began writing books. That was back in 2016 and she hasn’t looked back since.

Her aim is to write books to help women discover their hidden powers of self-esteem, equipping them to handle anything life throws at them.