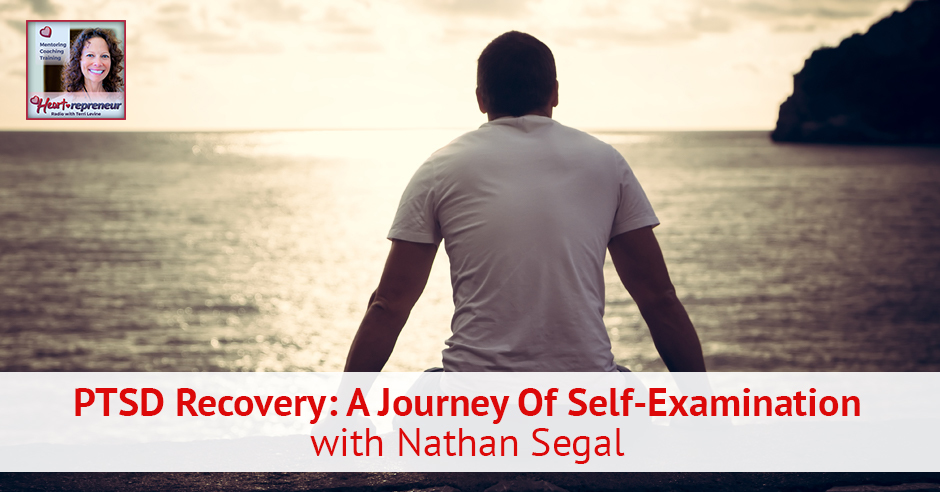 More and more people practice intentional silencing just because it seems we’re in a noisy society. There’s noise everywhere! With the rise of social media noise, you almost can’t get away from it all. When you imagine the deafening din that the ordinary citizen experiences on a daily basis and multiply it by a thousand, you’ll get pretty close to what PTSD (Post traumatic stress disorder) might be like. Nathan Segal, troubled by the pain of PTSD caused by abuse that went back to his childhood, reveals how he successfully approached PTSD recovery through writing and self-examination.

Nathan Segal is a copywriter and author with over seventeen years of experience in writing for consumer and trade journals and corporate communications. He is the author of seven books, all on the subjects of computer graphics and photography, which include Fundamentals of 3D Graphics, The Photoshop Companion, How to Speed up Your Computer: In 30 Minutes or Less, Professional Photographic MS Word Templates, The Corel PHOTO-PAINT X3/X4 Insider, How To Position Yourself As An Expert In Any Industry, and Secrets of Profitable Freelance Writing. As a travel writer, Nathan has written about his fantastic journeys between Canada, the United States, and Mexico.

PTSD Recovery: A Journey Of Self-Examination with Nathan Segal

I have with me Nathan Segal, who’s been active as a photographer and freelance writer for many decades. At the same time, he was troubled by the pain of PTSD caused by abuse that went back to his childhood. Twenty-five years ago, he delved into spiritual practice achieving many milestones, but none of them took away his mental pain. A chance encounter completely dissolved his PTSD and all the symptoms vanished. In the wake of this transformation, I’m going to let him tell you about creating The Thought Hackers. He also wrote the book Silencing the Noisy Mind, which shows people how to stop compulsive thinking. Nathan, welcome to Heartrepreneur Radio.

Thank you for having me.

I believe that there are many people, men and women, some that talk about the PTSD and it has to do with abuse in childhood, some who still haven’t even faced that. My first question is how did you start to speak about it?

Talk to people about Hamish, how you discovered Hamish, and how all that happened.

It came about as a result of making what I called my worst mistake or my second worst mistake, and I nearly wound up homeless for the second time but here in Mexico. When I realized what had happened, I drew the imaginary line on the floor so never again, went to my computer, opened up YouTube, type in three words: abundance, prosperity and NLP. I found a video called From Self-Sabotage To Self-Made Millionaire. I watched it. There was an offer of coaching, I signed up for the coaching and I was introduced to Hamish.

When we started talking, we discovered we had a tremendous amount in common and we went from coach, client to colleagues to friends. Hamish led me through various processes over the course of the year. I was calling it trauma of bullying when it was this thing called PTSD. Every single time he did something with me, something else vanished. The guy who created the video, his name is Rik Schnabel. His organization is Life Beyond Limits. I’ve had the opportunity to speak with Rik a few times and very interesting guy.

As I look at society today, I know people think bullying is something new and like, “It’s just happening to kids today,” and you’re talking years ago. I’m talking about my life, which is many years. I saw kids getting bullied when I was in school. I have two instances that I totally remember. One in third grade and one in fifth grade that were absolute bullying of those kids. One of those kids before they were a senior in high school took her own life. This has been around forever. We tried meditation and we tried journaling and all of these various kinds of things. Why do you think we still struggle with this mental pain of whatever you want to call it, bullying, PTSD? Why is that?

[Tweet “In the end, we either give ourselves to the silence or we don’t.”]

In my experience, it’s simply because we haven’t found the right people with the right tools to eliminate it. What I discovered was as far as I can tell, it was purely by accident. If I hadn’t met Hamish, I’d still be suffering. Over the course of doing The Thought Hackers, there’s one other guy I know of who’s able to get rid of the trauma of it. There was another guy, Dawson Church, to do with EFT and they have techniques of getting rid of it. I don’t know the answer to it. All I know is that there have not been effective tools for dealing with it and it’s only been in the last number of years that these different methods are popping up but they’re still not common. Most people don’t know about it. I consider it a stroke of luck that I ran into him. If I hadn’t made that disastrous mistake, I’d still be where I was before.

What exactly is The Thought Hackers?

The Thought Hackers, we originally started it with the idea of dealing with trauma and PTSD, but it grew beyond that. We wound up talking to meditation teachers, we wound up talking with people at the forefront of mental health and it grew beyond what we had imagined. As for where we’re going now, I don’t know. It’s evolved beyond anything that we thought it would be.

It’s amazing when things happen like that, it’s synchronistic, these things are planned out. I also feel like what you’re doing with Hamish is needed. I was at an event and speaking with 300 or so people that were there at the event. I can tell you that people really need this. Let’s talk about the book, Silencing The Noisy Mind. How did that come to be?

It came about ultimately through an experience studying the teachings of Eckhart Tolle a few years ago. I was in my apartment; I was not in a good state of mind. I wound up listening to a teaching by Eckhart. When he got to a certain point, he talked about something. When I heard it, there was an inner alignment. I knew I was ready. I felt everything inside of me line up. When that happened, it was a quick inner shift. When it happened, I went from all this mental suffering, my thought processes dropped by about 80% to 90% and I felt this huge field of silence well up inside me. After that, I started living in silence for long periods of time, literally hours. After that, there were all these things. Silencing The Noisy Mind came from being able to look back and see how silence naturally manifests. It also was part of the spiritual journey. I remember thinking, “You must be kidding me. Is this what this journey’s been all about?” Later, encountering a teaching by Adyashanti, one of my favorite teachers, who said, “In the end we either give ourselves to the silence or we don’t.”

I can believe that because I am also a follower of Adyashanti and that is one of my favorite Adyashanti quotes. What do you think about formal silent retreats? I’ve had a lot of clients and friends go on silent retreats. What’s your thinking about that?

I can’t say because I’ve never gone on. I don’t know what they’re doing. I don’t know what their practices are. What I’m doing with my knowledge is based on what I learned from Eckhart. It was not learned in a sense of me studying a book. It came to me in the spiritual way where I was flooded with knowledge and then after the experience I was able to see in a completely different way. I’m able to see things about the world and how people are that I never saw before. It came from a spiritual place. It’s internal, it’s a knowing. It’s not book knowledge. As for those retreats, I can’t say. I have no idea.

That’s me because I’ve never done one of the retreats. I do intentional silencing just because it seems we’re in a noisy society. There’s noise everywhere. There’s social media noise. You almost can’t get away from noise. Every single day I do spend time very consciously selecting silence. It works for me. I’ve never done one of the retreats and I’m always curious what that experience would be. I don’t know that I’m ready to do it yet. I’m still investigating. Where can we get a copy of your book Silencing the Noisy Mind?

The easiest way would be to connect with me through my Facebook group Silencing The Noisy Mind, through my writing site which is NathanSegal.org, and just write to me there or if you write to me at Nathan@TheThoughtHackers.com, that would do it.

What words of wisdom would you like the audience to really remember that they can take with them from our talk?

I’m trying to remember a quote that I used but one of them has to do with all suffering is caused by thinking, especially dysfunctional thinking. In the absence of thought, no suffering can exist.

They could connect with me through NathanSegal.org, which is my website and maybe a better way might be through Facebook, Nathan Segal. Find me there, friend me and we can communicate that way. Another way is my phone number, 408-844-4851.

I’ve learned a lot through this interview and what I’m definitely taking with me is the comment, “All suffering is being caused by thinking and with the absence of thought, no suffering exists.” That is profound. I’ve never heard anyone language it in those words and it made a difference. Thank you so much for being here at Heartrepreneur Radio.

You’re most welcome. Thank you for having me.

For the readers, I hope you were breathing in this interview because Nathan Segal gave us so much juice and so much to think about. It’s time for you to make a connection with him. You will know if you’re supposed to make that connection. I have a strong sense that a lot of readers need to do that. For the readers, I want to remind you that we put together a special webinar for you. It’s a transformational webinar. It literally will change your business and you can access that at GetHotPayingClients.com. At the end of that webinar, you can then connect with someone from my company, not a salesperson. We don’t have salespeople. We simply have strategists and a strategist who can help you learn to apply what you learned in the webinar. That’s my gift to you as a reader. Thank you again. 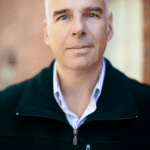 Nathan Segal has been active as a photographer and freelance writer for many decades.At the same time he was troubled by the pain of PTSD caused by abuse that went back to his childhood.25 years ago, he delved into spiritual practice, achieving many milestones but none of them took away his mental pain.2 years ago, a chance encounter with Hamish completely dissolved his PTSD and all the symptoms vanished.In the wake of this transformation, he partnered with Hamish to create The Thought Hackers.He also wrote the book, Silencing the Noisy Mind, which shows people how to stop compulsive thinking.