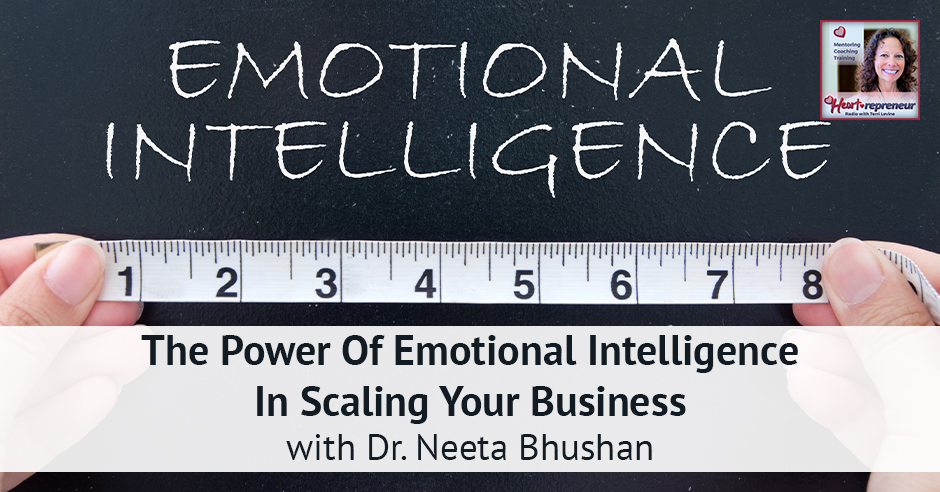 Our emotions are so much powerful than we give it credit for, not only in how we deal with our personal lives but professionally as well. Dr. Neeta Bhushan, an emotional health educator and executive performance coach to global leaders and CEOs, goes deep within our emotional makeup and talks about how it affects our business. Beyond the preconceived notions of IQ, Dr. Bhushan tackles the power of our emotional intelligence to scale and grow businesses.

The Power Of Emotional Intelligence In Scaling Your Business with Dr. Neeta Bhushan

We have with us Neeta Bhushan. She is the author of Emotional GRIT and she also scales businesses. Neeta, welcome to our show.

Thank you so much, Sam. It’s great to be here.

What have you done to scale companies? I know you help people find their voice. I know you’re an author, you’re traveling all over the world, but what do you do to help businesses grow?

We run a business accelerator. My husband is a whiz at scaling multiple seven-figure businesses. We decided that we wanted to come together. Him with the full business operations and systems management skill set. For me, my passion and love have always been psychology and understanding human leadership and what I call emotional leadership. Together what we found and even in my first book when I wrote Emotional GRIT: 8 Steps to Master your Emotions, Transform your Thoughts and Change your World, because I come from a background of healthcare. In my earlier days, I was a cosmetic dentist. People always ask, “How did you transfer from working in teeth to now scaling businesses?”

I knew early on working as a small business owner, the things that generally professionals and especially people in healthcare, whether you’re a doctor, a chiropractor or pharmacist, these people didn’t get business acumen. We didn’t get business knowledge. I knew that I wanted freedom. I knew that I had the power of once I’ve understood their psychological makeup, what motivated them, what drove them and what had them make the decisions that they make. They would be more likely to be retained either as an employee or they would grow in my small business. I had a small dental operations practice.

You were talking about their emotional makeup. How does that help someone in business? A lot of times I feel like people don’t link the two.

In the research that we found, a lot of times that’s the one thing that people don’t pay the most attention to. They pay attention to IQ. They think you have to be smart in order to have a business, scale a business or grow the business. Every single time, as soon as I was letting go of the control of me being that leader of at first it was a small business, I found that I could empower more people. In my case, they were doctors initially, then it was consultants, then it was managers, where I needed to be less and less involved in the business itself. That’s what I then started teaching other doctors and entrepreneurs who wanted to grow.

At this point, they wanted to become million-dollar practices and million-dollar businesses so that they could play golf or raise their two or three kids in a nice little suburb. What I’ve found over the course of time, whether it was in the medical industry, the dental industry or even the small businesses, the leadership part was what they were worrying about. What they did not know, which was how to make better decisions, how to hire, how to fire fast, how to understand the perspective of other people, how to understand empathy and have compassion, how to ask the right questions.

Let me tell you the two things that came to me. First of all, how to fire fast. I’ve dabbled in stock investments and they also say like, “When your investment’s going down, pull the Band-Aid off.” That’s one thing. How to fire fast? The other emotional component is when we create a business, it’s our baby. How do you let it go and say, “I’m going to train another doctor or a dentist or another one to duplicate the work while I’m on the golf course?” Maybe you can speak to those two.

Firing fast, I learned that the hard way. I was a young impressionable junior doctor at the time. In leadership and entrepreneurship, it can all get lonely especially if you’re solopreneur or if you’re hiring a lot of people to work under you. There’s a delineation between friendships, trust, loyalty and respect. For myself, I learned that embezzlement was a big thing. I thought that you could trust everyone. If they stole maybe just $5, they forgot to put back in the drawer, they forgot to write that off or whatever it was. I didn’t pay attention until it was in the thousands of dollars, then it was over the course of time.

I learned the hard way that when somebody shows you their true colors, believe them. That was the biggest lesson there. When it’s a red flag, there are definitely going to be more red flags. You need to be able to let go and pull the plug right away. Then the control because yes, it is our baby. That’s what we see a lot in our institute, the Global Grit Institute, is the leaders that come in are transitioning and they’re ready. Either they become already six figures or multiple six figures. They want to have more operations or building out teams at this point. They want to hire more people.

That was their purpose for a very long time was growing and doing everything in the company, then it becomes this fight. They find everything that’s wrong with the new person that they’re trying to train or hire because they can do it better. They don’t want to let that go. The idea is that no one will do it better than you unless you find people to do things better than you. That’s a different conversation. When you’re just starting out, you’re going to be able to do those sales calls well, you’re going to be able to have your design elements well. If you were the one that was doing everything in your business for a good chunk of time or a little period of time, you’re still going to want to have that ownership.

When you start to remove yourself slowly, you’ll then be able to focus on what really matters. For you, if it’s design or creating, for a lot of us as leaders, we need that space and that time to think and not be doing all of the tedious items that get us tied up and often leads to burnout. The sooner you can wrap your head about the letting go and in the space of letting go, it’s not going to be 100%. Even if it’s 80% and the extra 20% gets you to do all the other things that help you grow and scale the business, you’re better off in the long run.

In your book, Emotional GRIT, you said you had eight qualities that gave leaders emotional grit. What are your favorite ones and share one of them with us?

I define grit as not just the term of grit, tenacity and holding on when things get tough. If you repeat the process, GRIT to me and the people that come to our institute, is based in the roots of emotional intelligence. That is to Grow, Reveal, Innovate and Transform. What that means is when you are open to something, for many of your audience, you’re open to growing, you’re open to scaling and you’re open to learning different hacks that support what you are doing currently. That is the first step. The first step is awareness. The ability to want to grow. That goes too for any employees or team members that you want to bring on for the long term or the short term. They have to be able and willing to be open to a new way of thinking. They have to be open to growth.

The second is reveal. What is next after you’ve grown? What is next after you’ve had that awareness? You’re able to accept the circumstance that you’re in. Once you’ve accepted where you are at, you can then reveal the next chapter of your business, the next phase of what you want to execute. Where you want to go and where do you want to take your business towards. That’s revealing. Innovate is when you want to pivot. I used to work with a lot of people in Silicon Valley. I used to mentor a lot of startups in Silicon Valley and also in Delhi, for the Indian startup scene there in India.

They were so quick to innovate and pivot right after failure. Right after things weren’t going right, they were so acclimated to see the grit in the situation but then also turned a new leaf. How can you accept where you’re at? Accepting and knowing that, “This is not working right. Maybe I need mentorship. Maybe I need help. Maybe I need that consultant,” to then innovate and take the steps or take action necessary to transform, which is the “T” to transform your business. That helps with every decision making and your emotional resilience.

The successful business owners and the Indian startups are very famous because they’ve made such a huge impact on the global economy, but to know when to pivot and how to pivot. This has been wonderful. How does our audience find you?

I hang out on LinkedIn quite a bit and it’s Neeta Bhushan on LinkedIn. I also give advice on Instagram, @NeetaBhushan. If you want to pop by an email or get the book, just go into EmotionalGRIT.com and I hope to see you there.

You can find out more about Neeta at NeetaBhushan.com. Neeta, it’s been so nice having you. What is one parting thought that you would want to leave our heart-based entrepreneurs with?

Everybody, be sure to serve love. This is Sam Mak. Please join the community at Facebook at #Heartrepreneurs with Terri Levine. You can find out more about me, Diversity and Inclusion Consulting and How to Empower Women at www.SpeakerAuthorMotivator.com. Our guest was Neeta Bhushan and she has talked about Emotional GRIT and how to scale our business. 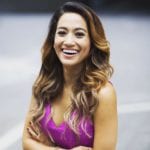 Dr. Neeta Bhushan is an emotional health educator and executive performance coach to global leaders and CEOs, as well as to thousands of women from all walks of life. She has written two Amazon best-sellers, Emotional GRIT and The Book of Coaching.

Neeta derives a lot of inspiration from her own journey which pushed her to the edges of emotional agility. She graduated from dental school, then built a million-dollar cosmetic dentistry practice before the age of 30.