I don’t know much music..it’s usually background when I have it on. I thought this song was by Don Maclean. But all I find on YouTube…none are this song, but something called “the five man electric band” has it listed…not the same.

So many signs no matter where we go. I’m not referring to the personal labels and tags attached to us. I mean all the signs posted all over the place. 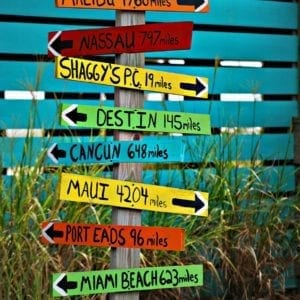 Turn right. Turn left. No turns allowed. Warning. Do not enter. Push open. Closed. Caution: Contents may be hot.
There are so many. They can be overwhelming at times. Confusing sometimes. Some are just stupid. And actually, some are appropriate for our safety.
Some are a combination of factors. Since I used to work construction one I saw often….on the top step and one step down, on ladders and step ladders, there is a sticker.
“Standing on, or above, this step could result in a fall.”
You know why that sticker is on every ladder? Plainly…stupidity. One early spring day, with morning, temps about 30°. A guy leaned a ladder against a barn, it was stable. He did some work and took a break. Temp rose above freezing, but he didn’t recheck ladder stability when he came back. He climbed up the ladder and when near the top, the ladder went sideways with him. He got injured.
It went to court.  It was found that one leg of the ladder was on cow flop. First thing in the morning it was frozen and able to hold the ladder stable. In the afternoon, it wasn’t frozen…we know what that’s like.
For his stupidity, he was awarded a few hundred thousand dollars, and now warnings on ladders.
Many signs are for our protection. Some protect us against our own lack of sense. Many are silly. Yet others are a subtle control over us. Didn’t see that did you?
I have traveled a wee bit. In some places, there are signs all around… Unsafe to drink the water. Yet I see the locals drinking it. I have talked to some knowledgeable people (this does not always apply) about the water. There is nothing wrong with the water in that there are no harmful microbes, heavy metals or other chemicals, in the water. It’s just unpleasant tasting or smelling to the travelers, but we have truckloads of bottled water to sell you.
So you have been led to buy unnecessary bottled water. (As noted above, sometimes the water IS unsafe to drink or use.)
How about medications? All are labeled, have a sign on them explaining how wonderful they are for you.  In fact, many magazines now have these “signs” in them taking up one quarter to one half of the magazine.
Not controlling you? How many people go to their docs with those “signs” demanding those meds, because the sign says I need it?
When I get a script for a new med, I always ask the pharmacist for the fact sheet…the one with chemical symbols and graphs. I don’t understand a lot of it, but I get the gist. Here’s a FACT for you. Did you know that some of these new wonder drugs that the FDA has approved docs to prescribe as they see fit have been tested on only 200 people? Huuuhhh?? Truth. If you can’t decipher that sheet of info, ask your pharmacist.
But signs aren’t controlling us at all?  Some of the “signs” are stupid legislation that gets enacted into law or local ordinances. One huge controversial one enacted a few years ago almost totally put the control of our government in the hands of corporations, though sorta indirectly. Enough on that one.
Here is a silly one for you. In a small city bordering my hometown, over a hundred years ago, an ordinance was passed that all deer running thru town must have a taillight. So who was going to install the taillight? In the 1960s it would have been smarter to order headlights for the deer as a number ran thru the plate glass windows of a few stores.
If nothing else, that is a sign of the stupidity of the elected officials.
Do you have any unnecessary “signs” in your life or business? Have you ever been asked why you do a certain thing a certain way? How many times have you, or others, said… Well, that’s how it’s always been done. If you have said that, you have been controlled by a sign, often unwritten. How many businesses have clauses and provisions in their handbooks that are there just because, but if not followed could result in termination?
I recently heard one recount a real-life example of this. 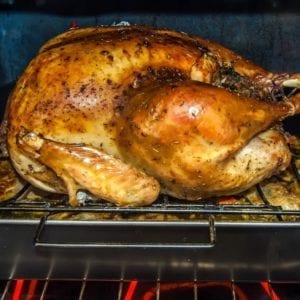 A young lady was starting an independent life and so came over to learn from Mom how to cook a turkey. As part of the process, mom cut off the legs and wings, placing them in the big roasting pan along with the turkey body. Girl asks… Mom, why do you do that? Mom says… Cuz your Gramma always did. But why the girl asks. Let’s go ask Gramma. So, Gramma why do you always cook the turkey this way. Gramma says… Cuz your great Gramma always did. Fortunately, great Gramma is still alive. So, great Gramma, why do you cook the turkey like this? Great Gramma says… I had a small oven and a small roasting pan. It’s the only way I could fit it all in.
Are you following all the signs you see, and the unwritten ones? Just because? If you examine some of those signs and find them ridiculous, counter-productive, or just superfluous…imagine the growth you could experience without them.
Also, what about the freedom from those wasteful, controlling signs? Didn’t you become
Heartrepreneurs to be free of some of that nonsense?
Tim James
Tim James has had a number of life experiences that give him a broad base of knowledge.
Tim is a friend to all. He enjoys learning and helping others.

previous
HOW MUCH SHOULD I CHARGE?
next
The Future of Business 3 Insights