It seems everywhere we go, no matter who we are, no matter what we do… we are going to be identified by some other person with some sort of tag or label. And if we state a fact about ourselves we will be pushed into a pigeonhole. 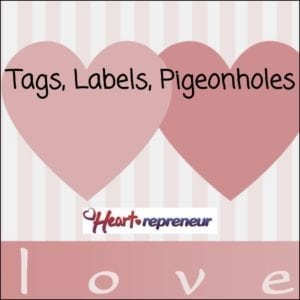 Every single teeny, tiny part of the human body has a name. You know that little hollow between your nose and upper lip… it has a medical name. I don’t remember what it is, but in the case of our bodies, I’m glad every bit has a specific name. And I’m very glad my doc knows all those names.
But what about us? Do we really need all these labels?
Each tag we attach to ourselves or another, in some way defines us, separates us from all others. Some labels are simple and innocuous.
I am a man, a father, a grandfather, a son, a brother, an uncle, a cousin. (I didn’t list grandson as my grandparents are long dead. I am no longer a nephew either, as all my aunt’s and uncles are also dead.)
Some other safe labels for me… I’m a friend..to many, a very good friend to some, an advisor, a teacher, a brother and father of the heart to others, to some a healer.
So what’s the big deal? There Is nothing derogatory about those labels.
How about some other labels that apply to me? I’m white, blue-eyed, 6’3″ tall. At first glance those tags are safe. But do you remember about 80 years ago, a little man with a disturbed mind thought men of that description were superior?
Yikes… I don’t want to be in his classification. Something seemingly benign can instantly become divisive. Add in that my heritage is almost all Anglo-Saxon… Oh, my God, I must be a neo-Nazi skinhead. I am racist and superior.
There is the lovely, little, confining pigeonhole.
According to some, since I am male…I am a misogynist that does not believe in gender equality. I’m straight so I must hate gays, lesbians, transsexuals, transgenders, pansexual and all other sexual identities.
Many have those thoughts because certain people have identified themselves as such, and they have been mistreated by others…just because of a tag.
Some years ago Elton John publicly announced that he was bisexual but usually gay. A friend of mine immediately threw out all his Elton music. Why? What changed with his music with that announcement? 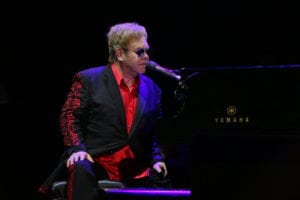 Absolutely nothing. Elton is still a very talented songwriter and singer. Nothing changed in his performances. Personally, I still listen to his music. But that self-identified tag caused divisions amongst some.
I admit certain labels used to cause me discomfort, mostly non-straight sexual identities. I was taught from my earliest memories that such was a sin. That stayed with me until a few years ago. I have learned how trivial and corrosive those tags can be. Now, there is a Lady I know that is closer to me than DNA.
When I met her, she was a Lady in personality. Now she is fully a Lady in body also. If I stuck with my hangups, I would not now have a sister closer than my DNA sibs.
So many labels, not just sexual. Religion, and within the major religions, many sects, that often have a strong dislike for the others…they have it wrong. How about nationality, birthplace, ethnic heritage, skin color, language? And the list can go on all day long.
Myself, I love all the diversity… as long as you don’t try to convince/force me to accept your beliefs.
Yet every day we see acts that are often fueled by some people’s hatred of others differences because someone attached a label to them and they accepted the pigeonhole they thought the others should be stuffed into.
Each of us is so unique, I find it difficult how I label those closest to me. I’ll use Terri as an example. I would say she is one of the top two teachers I’ve ever had. She’s a coach, but not exactly. A mentor doesn’t quite fit. An advisor for sure. A sister I can share with, closer than DNA. An awesome friend, willing to listen…and with her busy schedule that’s HUGE. She considers me a peer. She has asked me for help. She is all those things and more, but they still don’t accurately describe how she is to me. 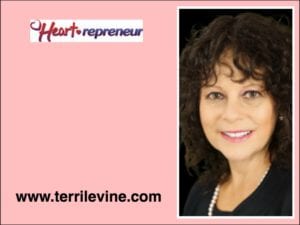 The closest tag I can place on Terri, from me…she is one of a very few, a true, pure best friend….and yet we both have other tags associated with us that could have kept us from ever saying.. Hi IF we concerned ourselves with those superficial descriptors.
So, I believe we are all better off if we leave ALL labels and tags for government forms.
Tim James
Tim James has had a number of life experiences that give him a broad base of knowledge.
Tim considers all a friend. He enjoys learning and helping others.