As you probably have seen, I’m into words…their origin, correct meaning, and usage. I admit I get it wrong on occasion. When I relocate, I will have about five different dictionaries on my desk, with a number of other reference books at hand.

I’m noting here that as I get farther into this article, it could be a trigger for some…nothing graphic, but how my discussion turns a bit.

So, this word, feminist. Hmmm. This is a very misunderstood word today. I started thinking about this last night. 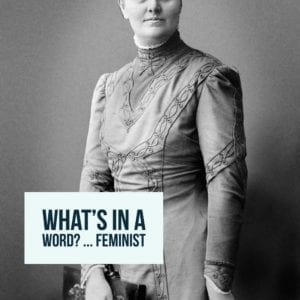