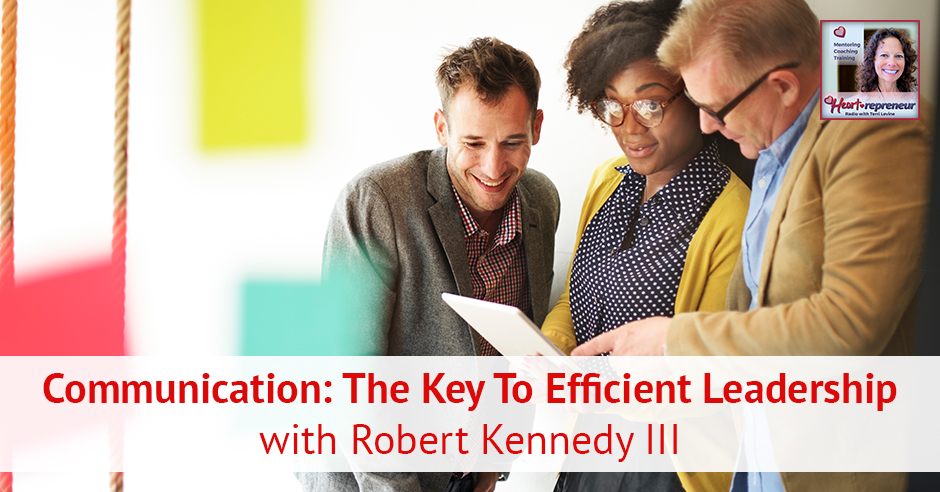 Communication: The Key To Efficient Leadership with Robert Kennedy III

I am with Robert Kennedy III. Robert is a leadership and communication expert. Robert, welcome to our show.

Thanks for having me, Sam.

We were talking a little bit about communication and how that is a key part of the leadership process. Tell us a little more about that.

Communication is critical. One of the things that happen in a lot of companies, a lot of organizations, you have conversations and two people walk away or two groups of people walk away. It’s possible that they have two different ideas about what was said. A lot of people and organizations do not pay enough attention to what they say, how they say it and how the receiver receives it. I find that it’s critical for even the productivity piece of how we move forward in organizations.

What can we do to make sure when we’re communicating with someone that they’ve got the same message that we thought we were delivering or we intended to deliver?

Face to face, it’s a little bit easier because you can simply ask a question or ask them to share what they heard with you. Let me hear what you think went on now or if it’s something that is action action-based, you ask them to repeat what the action is or at the end of the meeting let’s recap what our actions are going to be. When you’re on stage, it’s a little bit more challenging. However, you can ask people to raise their hands or ask them to nod their heads or ask them to say something out loud that helps to clarify the direction that you are going and that they received the content that you were sharing.

You’re saying ask for feedback. This is a critical part of communicating because how many times have we been through a drive-through and you order a burger, a fries and a drink and they get it wrong? You’re talking about something simple like that. We say complex business things and we don’t even wait for that, “Ma’am, did you order this and this?”

If you look at customer service training, a lot of organizations are now focusing much more on that. I know that when I go to a drive-through now, almost every time I get the person to say to me or they say to me, “Can you look at what’s on the screen? Is this what you ordered?” I recognize that because I’ve had the experience often where I order and I drive up. It’s even worse than driving up and it’s the wrong thing. It’s when you order it and you drive away and you’re three miles away. It’s the wrong stuff in your bag.

Communication breakdowns are what destroy companies. What can we do to get that written communication when you’re not face-to-face or maybe over the phone? What can you do to make that a little crisper?

Written communication is tough. I know a lot of organizations use written communication as documentation. I find that written communication, the shorter that I can make it, the more likely it is that my point is going to be received in the way that I intended it. If I have a long soliloquy, nobody likes to read long emails or long documentation. Whatever I can do to break it apart, if I can add a headline and put it in bold as something that is critical for them to know, it’s easier for people to scan and take those in chunks rather than an entire email, which is fourteen paragraphs long. It’s Charlie Brown’s teacher in their mind at that point.

What do you do for businesses and organizations when you speak because you like to lead with a purpose?

I do a lot of helping them with the mechanics of delivering messages. One of the things that I constantly hear when somebody is leading a meeting or they’re asked to speak, they go up and they say good morning. They share their name, their title and why they’re there. They lose the audience pretty quickly because of the audience, although they care about who you are, they mostly care about themselves. Your first job is to find out how you can connect with the audience. What is the thing that your audience needs to know, needs to hear? What is it? What did they care about? One of the tips that I ask or that I share with my coaching clients is to ask a question. Allow the audience to begin to create a picture or a video in their mind so that they can begin to source their own experiences based on the question that you’ve asked.

What are one or two good starting out questions that you’ve come across in your career?

One of them is not a question, but it is something that helps to put the audience in mind. It’s starting with the word imagine. Imagine what it would be like if your world was nothing but sunshine, something like that or what would it be like if. You want to help people to begin to create their own images. You almost want to take the focus off of you and begin to help them create their own fairy tale, their own story in their mind. You want to help them begin to take a story journey in their brains. You can bring them back with your content or bring them back with what you’ve got to say but asking that critical question imagine or what if gets them moving in a journey where they’re creating a picture.

That’s a great starter. Whether you’re doing a speaking engagement or even if you have a small team meeting, the word imagine puts everyone in the space of possibilities. Even Walt Disney was known to call his engineers “Imagineers” to let the creativity flow and let’s see where that goes versus let’s get all our walls and obstacles up. Let’s see what we can produce.

Because ultimately in organizations, you want people to go somewhere. You want them to end up at a destination or at a point where there’s something great, something positive, something amazing that’s happening. If your beginning statement can begin to point them towards that or allow them to see what might be like if they were in this ideal place, you’ve created that connection. You’ve created an experience, an emotion pretty early on.

You are good with critical messages and how they change audiences. Tell us about a success story about how maybe the presentation or the communication style of a message was tweaked to make it powerful. What’s a good success story for you?

There are quite a few small tweaks. I’ll call the name of the organization. I was working with a leader in the Social Security Administration. I asked the question, “What is it that makes this important to you?” I asked another question, “Do you know anybody that is affected by this?” They responded, “My mother is on Medicare.” They spoke about some other people in their family that were affected by it. Instead of launching into the content, instead of launching into all of the things that are wrong and all the things that are happening, we started out with the human part of it. We started out with a people connection. They began by asking some questions about, “Is there anybody in your family that’s being affected by this? Do you know someone who has gone through this experience?” As they began to do that, they began to create a connection with people immediately so that they can now behind bring the content and bring the solution that they were going to offer to solve their problems.

When we’re speaking to a team or a group, start with the word imagine and also to make our communication punch a little stronger. Start with the human element. That’s perfect because we start with the end in mind. See where that goes. Tell us how do people find out more about you?

One of the communication tools that I believe is in that list is the utilization of LinkedIn as a communication strategy. LinkedIn is one of the places that I use. I share a couple of tools or tips about how to use that instead of trying to immediately sell how do you form and create relationships utilizing that tool.

That’s a great idea because I’ve been on LinkedIn. I’ve had so many people message me. It’s straight to, “This is what we do, here’s how we’d like to help your organization and when can we get together?” It’s like you don’t even know anything about my organization.

I love the fact that your show is about Heartrepreneurs or heart-based entrepreneurs because ultimately, we’ve got to connect with people at the heart level in order to allow them not just to use products, but use them in a way that’s going to change their lives. We’ve got to be able to serve people from that heart level.

Your first job as a business is to find out how you can connect with the audience. Click To Tweet

You hit that point because when you connect on that heart level, I feel like you have what I call the first-in-mind status. Who can we get to do whatever? The first person that pops in mind, is there someone that you have a heart connection with? Not someone that you got messaged on social media saying, “I do this and I’m great.” One parting thought for our audience, what would you say? 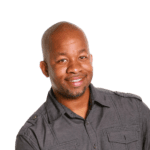 Robert Kennedy III wants to live in a world where people are no longer afraid to confidently tell their stories…and they can also eat Reese’s Peanut Butter cups for every meal without any repercussions.

His work as a keynote speaker and trainer in the area of leadership communication has led him to work with organizations such as the US Coast Guard, Barnes & Noble, Panda Restaurant Group, Pennsylvania Parks & Recreation, Comscore as well as appearances on local networks like Fox45 and CW24.

He is involved in his community through various community boards including the Association for Talent Development Maryland Chapter, youth leadership programs and helping non-profits conduct mock interviews. He is also a professional member of the National Speakers Association.