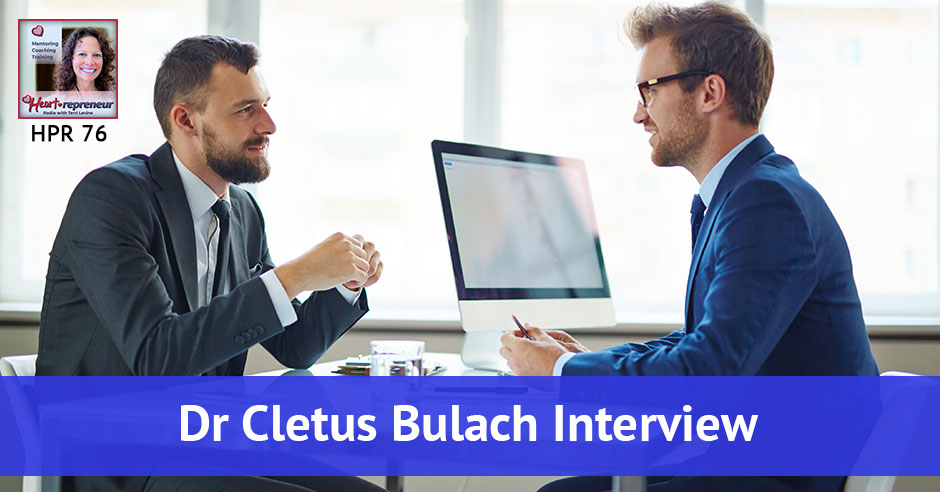 A question that philosophers have been asking themselves for centuries has been why do people behave the way they do? The first reason they come up with relates to schools because school is all about human relations. Dr. Clete Bulach, retired professor and author, says that all human beings have five basic needs – safety or to be alive, happiness, power, care, and purpose, and you can see all of these needs interplaying at school. You cannot live a life without getting your basic needs met, and kids whose needs are not being met can turn to alcohol, drugs, suicide or other resources to fill a temporary vacuum. Dr. Bulach reiterates the significance of being a servant leader that takes into account the needs of the people they are serving because your leadership determines whether these needs are being met.

I have someone who’s talking about something that’s a little bit different and extremely relevant and that’s why I’ve asked him here. Dr. Clete Bulach is a retired Ohio School Superintendent, an Associate Professor Emeritus at the University of West Georgia. He is the author of numerous articles and educational journals and he’s co-author of two books, School Climate and Culture vis-à-vis Student Learning: Keys to Collaborative Problem Solving and Responsibility and Enhancing a High-Performing School Culture and Climate: New Insights for Improving Schools. The second book focuses on human relations problems that interfere with creating a positive school culture and climate. That’s important, poor inter-personal communications and inability to cope with conflict.

Welcome to the show, Clete.

It’s a pleasure being on your show, Terri.

It’s good to have you. I wanted to start with a big question, yet it’s relevant. Why do people behave the way they do? What is going on?

That’s a question that philosophers have been asking themselves for centuries. The first recorded goes back to the 18th century and the 19th century. They came up with the first reason for why people behave the way they do. This relates to schools because what is school all about? It’s human relations between the kids and each other, the kids and the teacher, the teacher and the administrator and so forth. What I am talking about and what I write about cuts across all organizations, all businesses and all families. It’s why people behave the way they do. All human beings have five basic needs. The first one that philosophers came up with was survival, anxiety, stress. To be alive, they said people behave the way they do because they want to be alive. They want to be safe, and that’s what motivates them to behave the way they do. The next guy came along and he said, “That’s true but they also want moments of happiness.” Life with no happiness is no life.

You have the first two needs that the philosophers came up with. Life itself, safety, lack of stress, anxiety, all the things related to life itself, and then you have happiness. The third guy, his name was Nietzsche, a famous philosopher in the late 19th century. He was also an atheist. He has written extensively and your audience need get on the web and look up Nietzsche. He said, “People want to live, and they want to be happy but there is another force that’s driving why people behave the way they do, and its power.” You come up with power and if you think of the world today and power, I equate power with control. Power gives you control. Chapter three in my first book identifies the nine forms of power that are used to control people, to motivate them. Five of those nine forms are what I call Freeing Forms of Power. When those forms are used, people are free to respond information, like what we’re doing right now is a form of power. It is a freeing form of. When people listen to our talk, they’re going to be motivated to do something. If they do, they are free to do it, they don’t have to.

We’re talking about survival, living life, everything that goes with that, the stress, the anxiety, and then happiness, which is something that I talk about a lot. I love what you said, “Life with no happiness is no life.” Nietzsche is someone that I also have studied. There are some amazing even short quotes and little things that you can read that will be transformational. I’m enjoying the conversation around power. You used the word control when you talked about the fact there’s a lot of kinds of power. What I liked that you said is that power is freeing. Like the ability for us to be here, share, and then hopefully, our audience will be motivated to do something.

That would be sad.

It’s an awful feeling. Many kids go to school believing their teacher does not care. I’ve got this research on that. Roughly 50% of the kids believe teachers don’t care about them and believe the other kids don’t care. If they have a family where it’s a single parent that works two jobs, they may think their mom or dad doesn’t care. They grow up believing that nobody cares about them, and that’s a desolate feeling. I’ve often thought that Michael Jackson, Elvis Presley, some of these famous people, they’ve got all the money in the world, the fame and everything, but sometimes I wonder if they believed that somebody didn’t care about them. That’s why they lived the life they did. Anyway, that is a basic need. The fifth basic need is purpose. You think of Rick Warren, you think of Gandhi, you think of that Tibetan priest, the Dalai Lama, and others on TV have said, “Life with no purpose is no life.” If your kids have no purpose in life, if they believe nobody cares about them and they have no control, they’re not happy. They’re going to do something. You cannot live a life without getting your basic needs met. People whose needs are not being met have resources that they can turn to. One is alcohol. It fills a temporary need, a vacuum. Drugs do the same thing. Suicide is one way to get out of this mess. Another way is to join gangs. Gang members care about you, it gives you power with the gang. It fills a need. There are moments of happiness in that gang. One of the ways a person whose needs are not being met, you can get a gun. If you’ve got a gun in your hand, you have control, you have power. You’ve got a purpose now. It’s a temporary happiness. Many shooters kill because their needs are not being met.

I hear this a lot that kids don’t think their parents care. They don’t think other kids care. They don’t think their teachers care. I say something quite a lot to people. I literally look people in the eyes on a regular basis and I simply say, “I care, you matter.” For me, that’s true. I care about every human being and they matter. You also said, “In discussing purpose, life with no purpose is no life.” I also resonate with the statement, “Life with no purpose is no life.” I thank you for pointing out some of the power and control things that are happening. The final statement that you made, I want the audience to breathe in, “Ultimate power corrupts.” They’re extremely valuable.

One of the themes throughout my books, to anyone who’s an entrepreneur or a business person, your leadership determines a lot, whether these needs are going to be met. There are self-serving leaders. Trump is thought of as a self-serving person when in actuality, he is a servant leader. He says, “I want to make America great again.” The only way you can do that is to be a servant leader. A servant leader takes into account the needs of the people they are serving. Here’s one technique I used as a servant leader that always worked for me. I call it PMI, positive, minus and interesting itinerary. Anytime I’ve met with a group, teachers or a group at the church or a group anywhere, I start it with a PMI.

The positive minus is interesting. I would say to them, “I want you to think about something positive, something minus, and something interesting that happened to you in the past. I could say week, or I could just say in the past. When you have something in your mind, give me thumbs up and we’ll share.” The purpose of this is to open up the group to get them to listen to each other, to get them to share with each other, “I’m caring.” It’s a caring thing. It’s a listening thing. It gives them control. It allows them to share a minus. Normally, when you gripe or share a minus that is not a positive thing, when I say, “I want you to share a minus, I want you to share an interesting, I want you to share something positive,” I go around to the group and I say, “Who wants to go first? Give me a positive, give me a minus, and give me an interesting.” I go to the next person, then the next person and the next person. What you have here is a touchy-feely thing. A warm thing that gets the group to understand where everybody’s coming from. It gets this caring thing going, this listening thing going. It gives them power. It opens trust. It’s openness and trust. At the heart of all human relations, it’s openness and trust. If people are not open with each other and they don’t trust each other, it’s a dysfunctional group. In many cases, schools are dysfunctional. On the eleven culture and climate measures that I use on my Climate and Trust Culture Survey, there are eleven factors. Openness and trust are two of them. Those are always the two lowest scores.

It’s incredible what you’re saying. I liked the positive, the minus, the interesting. I’ve never heard that before. The conversation clearly around openness and trust. I know there’s a lot more that you can offer. How can people connect with you? How can they find out more, Clete?

My website is WestGa.edu/~cbulach. All of my materials on my website are free. There are a lot of manuscripts there, my research, a lot of human relations stuff there, and anybody can access it and use whatever they want. They can send me an e-mail. If they want an autographed copy of my book, I can do that.

Would you give your e-mail address? I would appreciate that.

For the audience, I will be having Clete Bulach back. Make sure that you stay tuned, make sure that you subscribe you won’t miss that episode. A reminder, we love when you comment on our shows, give us a five-star review, share us. As a way of thanking you for tuning, I have a brand new free course. You can go pick it up, totally my gift to you. You do not even need to opt in. That is available at GetHotPayingClients.com. Thank you again for tuning in to Heartrepreneur Radio. 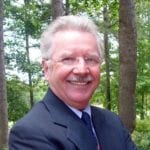 My goal in retirement is to change the way students and faculty are treated in our public schools. The 2nd edition of our book describes a school reform that reduces student discipline and behavior problems by 75%, improves test scores, improves attendance, and reduces bullying behavior.